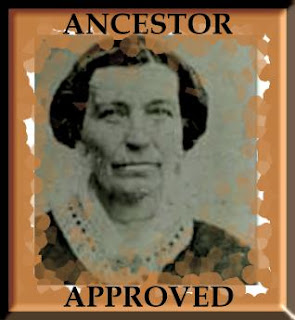 I was proud to learn earlier this week that I had been awarded the "Ancestor Approved" award by Linda McCauley at Documenting the Details.  (Thank you, Linda!!)

As a recipient of this award, I am to list 10 things I have learned about my ancestors that have surprised, humbled or enlightened me and then pass the award on to 10 other genealogy bloggers who I feel are doing their ancestors proud.

There are so many genealogy blogs out there; choosing 10 was almost impossible.  Here's my list, which is not all-inclusive and no one was left out on purpose:
This award was originated by Leslie Ann Ballou at Ancestors Live Here.
Posted by Liz at 6:11 PM