From Randy over at Genea-Musings: 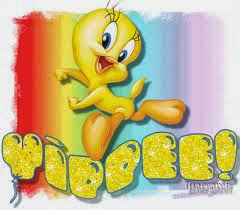 Your mission, should you decide to accept it, is to:

1)  What is your most frustrating brick wall problem?  Tell us what you want to know and what you have found to date.

Well, my brick wall has always been and continues to be my great-great grandfather, George W. Schwalls.  I wrote a lengthy blog post about the mystery that surrounds him in 2011 (please visit https://gatapleytree.blogspot.com/2011/05/mystery-monday-how-did-he-get-here.html to read the full story), so I'm going to be much more concise here.

George W. Schwalls was born January 1, 1837 in Germany or Bavaria.  I only have this information thanks to his Civil War Pension application.  Nowhere did he ever list the town or village he was from in Germany or Bavaria.  It appears he came to the United States sometime during the 1850's.  He enlisted in the CSA in Johnson County, Georgia as a Private in Co. E, 48th Infantry on March 4, 1862.

According to George's Civil War Pension Application, dated August 27, 1902, he suffered from liver and heart disease, Asthma, a gunshot wound to the leg, and a gunshot wound to his head which left him partially deaf.  These wounds and conditions were all a result of his service in the war.

So as you can see, I know quite a bit after he arrived in Georgia.  It's his life before him landing in Johnson County that I know nothing about.  Please read my original blog post (link above) to hear the speculation about his "former" life.

Here is another post about the dead end I reached at the National Archives:  https://gatapleytree.blogspot.com/2011/10/day-two-our-final-day-at-nara.html.

It was interesting to read over these old blog posts on this subject.  I saw several items I meant to research, and I never have gotten around to it.

However, I am still frustrated standing at my brick wall, George W. Schwalls, Sr.

Does anyone have more suggestions for researching this elusive ancestor???
Posted by Liz at 11:58 PM