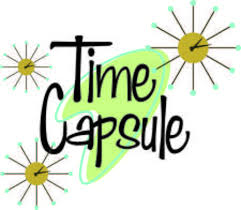 The generation born between 1928 and 1945 is called the Silent Generation.  This generation was comparatively small because the Great Depression and World War II caused people to have fewer children. The generation was so named because it was mostly silent; it did not issue manifestoes, make speeches or carry posters.  They tended to be thrifty and even miserly.  They were about "working within the system." They kept their heads down and worked hard. They preferred to play it safe.

The President of the United States was Herbert C. Hoover.  The Vice President was Charles Curtis.

In 1932 the economy continued to deteriorate and unemployment increased to 24.1%.  There were few jobs and many ordinary Americans were forced into living in the streets or in old cars. Toward the end of the year in November, the American voter used the power of Democracy to show Herbert Hoover what they thought of his term of presidency during these bad times and voted strongly in favor of Franklin D. Roosevelt by 472 electoral votes to 59.

The 1930s as a whole saw dust storms, the growth of shanty towns caused by the Great Depression, and what many consider an upside down world were bank robbers were seen as heroes, not villains.

Three's a Crowd by Al Dubin

Willow Weep for Me by Irving Berlin

Light in August by William Faulkner

1737 - John Hancock, patriot (First to sign the Declaration of Independence)